Some intriguing hoops predictions today. Picking based off the coolest jerseys would probably serve you just as well as diving into the analytics, but here’s some pointers anyways.

Who can be trusted?

It may be difficult to trust ‘Nova after the repeated early exits in the previous few years. However, this team is much more likely to advance than Villanova in years past. Several of the losses were fluky, but a pattern has emerged that Villanova has trouble with athletic penetrating guards. That’s what doomed them against NC State last year. This year, they are unlikely to face their Kyrptonite until they face Arizona and Allonzo Trier. That would be an Elite Eight match up and a successful run for the Wildcats. That, combined with a balanced scoring attack and an elite defense, should help Villanova to their best run since they made it to the 2009 Final Four.

The key to March is veteran coaching experience. Last year’s Final Four of Duke, Wisconsin, Kentucky, and Michigan State  were all teams with quality coaching in spades. Tom Izzo always knows how to push the right buttons in March and his team is led by senior captain Denzel Valentine, a do-it-all combo guard with size and a savvy basketball IQ.  The Spartans’ experience, trademark solid defense, and coaching acumen will net them a long run in the tournament once again. They’ll be playing with a chip on their shoulder after being snubbed of a No. 1 seed in favor of Oregon. This may be the safest Final Four bet out there.

In a year where Villanova was the only team in the entire country who had not lost to an unranked team until they fell to Seton Hall in the Big East Championship Game, there is no way to predict what madness will happen next. Sometimes, the craziest thing is that the expected fiasco gives way to predictable order. That’s why UNC is my pick to win the NCAA Championship. The Tar Heels experienced a few bumps along the way, but most of their losses came with key contributors injured. They are perhaps the best road team in the country, taking out Duke in Durham and beating fellow No. 1 seed Virginia on a neutral court to win the ACC. Marcus Paige and Brice Johnson are perhaps the best 1-2 punch in basketball, (sorry Kris Dunn and Ben Bentil) and unlike Providence, Paige and Johnson are backed up with an entire squad of seven footers and NBA players. Take the most talented team in the country and multiply that with a Hall of Fame coach in Roy Williams, and you’ve got a recipe for success in March. 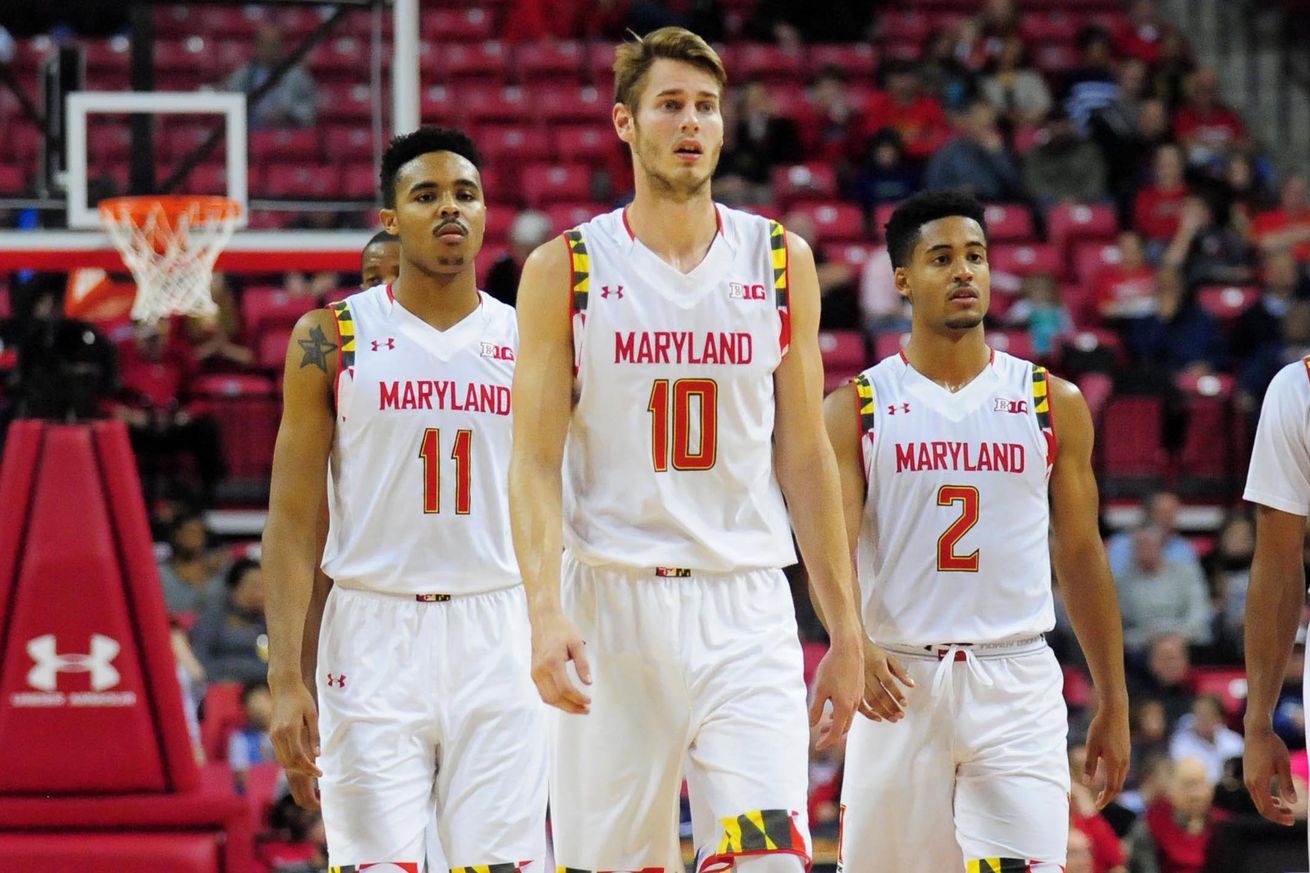 Much of the tournament is about momentum. Some teams have shown steel in their spine and responded well from losses. Other teams are prone to extended stretches of inconsistent play. Maryland falls in the latter group. Sure, Melo Trimble, Rasheed Sulaimon, and Diamond Stone are talented, but this group has shown that they are vulnerable to over-reliance on Trimble and playing down to their competition. It’s not too hard to imagine a scenario where the Terps play like they did when they lost to an abysmal Minnesota team and first round opponent South Dakota State shoots the lights out from three point land (that’s their specialty), pulling of the 12-5 upset. Maryland is trending downwards, and it doesn’t appear that the ship will be righted anytime soon.

Anyone who watched Oklahoma play Villanova at Pearl Harbor this season knows what this group is capable of. Anyone who watched OU play Kansas in Lawrence knows that Buddy Hield can channel Steph Curry and carry his teammates in a essentially a 1-vs-5 scenario. But  to those who have watched Oklahoma recently, and paid close attention to their style of play, a pattern becomes clear. This OU team almost entirely reliant on Hield and the three-point shot. When Buddy is off or the shots aren’t falling, this team is simply mediocre. The experience and chemistry of the starting five for Oklahoma is vastly overstated as they have little tournament experience and have no semblance of a bench whatsoever. That will come back to haunt them as the games wear on and legs get tired. The Sooners are a solid Sweet 16 pick and maybe even Elite Eight. But they are just as likely to flame out as they are to cut down the nets in Houston.

Oregon surprised many as a No. 1 seed, and in the end it may do more harm than good. This comes off as a team that could make some noise as a mild underdog. But Oregon is not used to being the hunted rather than the hunter. This could lead an inexperienced team to play tight and be their own worst enemy against an underdog with nothing to lose. A good, athletic team to be sure, but an average road team. The PAC-12 was not as strong this year as in years past, and Oregon doesn’t have experience under the pressure of the national spotlight. A potential matchup with St. Joe’s or Cincinnati in the Round of 32 looms ominous as a potential upset.

An Exercise in Oxymorons-Solid Sleeper Picks

Can a 4 seed really be a sleeper pick? The answer is yes, if one picks them to knock off Kansas and end up in the Final Four. The Golden Bears have the talent to play with anybody. It goes beyond stud freshman Ivan Rabb and Jaylen Brown. The team is led by All PAC-12 Point Guard Tyrone Wallace, Jabari Bird is finally finding his stroke and living up to the hype, and they have a true 7 footer in Kameron Rooks. This team may be the best in the country on their home court, but they are still learning how to play on the road. Cuonzo Martin is a good coach who has seen tremendous growth from this team under his steady hand, and Cal has more pure talent than anyone on their side of the bracket. If they keep a cool head, this is a team that could make some noise.

The tournament is all about momentum, and perhaps nobody has more than Seton Hall right now. Isiah Whitehead is turning the corner on becoming a mature enough player to take advantage of his natural talent, and the rest of his team is coming together behind him. Seton Hall plays with a mean streak and an intensity that leaves no lost love between them and their opponents. They’ve beaten quality opponents such as Xavier and Villanova. Seton Hall is peaking at the right time, has a star player hitting his groove, and a tactically intellectual coach. What else does one need to make a surprise run?

The start of the season couldn’t have gone much worse for the Badgers following their run to the NCAA title in 2015. They were unable to adjust for the losses of Frank Kaminsky and Sam Dekker and legendary Head Coach Bo Ryan quit in the middle of the season. The Badgers looked doomed for the NIT or worse. Instead of crumpling,Wisconsin stepped and showed their midwestern mettle, righting the ship under Greg Gard. Gard did such a fine job that the interim label was removed and he was named Wisconsin’s full time head coach. Being seeded as a 7 seed had much to do with their 9-9 record in B1G conference play and their early season struggles. If they played the whole year like they did in the second half of the season, they would have netted themselves a shiny 3 seed. They will a tough out in the tournament.

3 thoughts on “A Method to the March Madness”