You have most likely heard of ERA, and have a pretty good grasp on the concept. It’s the average number of runs a pitcher allows over a span of nine innings. The lower the better, and one of the oldest barometers of pitching success.

The purpose of ERA+/- is to eliminate the variables associated with different ballparks and environments that factor into traditional ERA.

ERA+/- is a new take on an old concept. For starters, a typical ERA might be 3.95, and a typical ERA+ might be 104. The evident difference in those two numbers indicates that ERA+ must be interpreted in different ways.

Ignoring ERA- for now, the higher the better with ERA+ with a baseline average of 100. With ERA+, the difference between the observed result (ex. 104) and 100 is the percentage by which the league’s average ERA differs from the pitcher’s.

Now, important distinction here, that does not mean that Pitcher A’s ERA is 4% better than the rest of the league. In ERA+, the player is the baseline and the league’s ERA is the variable. It measures how far away the league is from the pitcher.

Most people would agree that it is more useful to see how a pitcher performs compared to the league rather than the other way around. That’s where ERA- comes into play. With ERA-, the difference between the observed result and 100 is the percentage that Player A’s performance differs from the league.

For example, if Bartolo Colon has an ERA- of 91, it means that his ERA is 9% better than the league’s ERA.

The difference between ERA+ and ERA- comes from the mathematical equation itself:

Before I go any further, the obvious question remains: Why have both? In short, convenience. ERA- is more useful, to be sure. However, ERA+ was developed first and is a more readily available statistic than ERA- on websites like baseball reference. For a casual fan (or serious fan, if you are truly diving into a pitcher’s advanced stats like this), the difference is mostly negligible. ERA+ is more flawed than ERA-, but it achieves the same basic concept. It still gives you a comparison between the pitcher and the league, and it attempts to eliminate the same variables that can artificially alter ERA.

*Exhales*. With all the technical stuff out of the way, let’s get into why ERA+/- is useful. After all, you can compare a player’s ERA to the league ERA in any given year without all the mumbo-jumbo up above. Why ERA+/-?

Now, I know you are wondering about the “PF” in that equation. PF stands for Park Factors, and that is where the value of ERA+/- lies. Park Factors has its own complicated formula, but in short it attempts to compensate for the difference between a bandbox like Great American Ballpark in Cincinnati and a pitcher’s paradise like San Diego’s Petco Park. ERA+/- can be useful to analysts in determining how much the outside factors of a pitcher’s park and the league hitting environment are influencing a pitcher’s performance.

The best example I can give of the value of ERA+ is the 2007 Colorado Rockies. Many thanks to Baseball Reference for almost any and all stats, but unfortunately they don’t provide ERA-; therefore, we have to use ERA+ in this example.

The 2007 Rockies made it all the way to the World Series, where they were swept by the Boston Red Sox. Still though, the first World Series in franchise history was reason for excitement. It’s easy see why they were successful based on the offensive numbers…but wow, how did they make it through the playoffs with that pitching staff?

Their ace was Jeff Francis, who sported an extremely mediocre 4.22 ERA. None of their starters had an ERA below 4. Even our beloved FIP had them at a team-wide 4.52. Yet, they were good enough to make the World Series. How?

Well, the Rockies had seven different players accumulate at least eight starts that year, and all except for one had an ERA+ of over 100. Coors Field is the most difficult place to pitch in the majors by a wide margin, and ERA+ accommodates for that, as the team wide ERA+ is a respectable 112. It probably would have been even higher if it weren’t for a whole host of guys they had that pitched 15 or less innings (read: garbage time inning eaters) who were downright abysmal. ERA+ allows us to reference the Rockies against the rest of the Coors Field-less league. What appeared at first to be a terrible pitching staff actually ended being a pretty solid one. 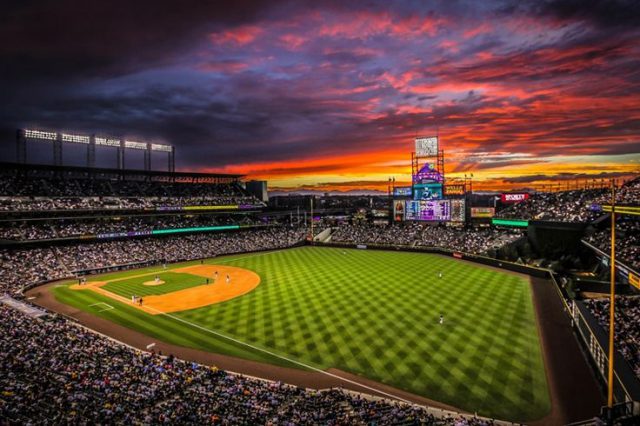 The other benefit of ERA+/- is it allows for comparison across different decades. In 1968, Carl Yastrzemski won the AL Batting title while hitting just .301. Tough time to hit. Everyone knows about the dead ball era, but fewer know about how much easier it was to pitch before the mound was lowered  in the 1960’s largely due to Bob Gibson’s dominance. And trying to pitch in the steroid era? Forget about it. Because the league’s ERA is built into the formula, it’s easier to compare players from different generations. It should be noted that Pedro Martinez’s dominance of the late 90’s and early 2000’s came during the most prolific offensive period in baseball history. That’s reflected in his ERA+, which ranks second all time.

ERA+/- is a complicated stat, and much more difficult to explain and interpret than traditional stats. However, the reward for the extra effort put into understanding ERA+/- allows fans to gain a clearer picture of a pitcher’s performance and it quantifies and eliminates the variables of time period and location, essentially stabilizing the hitting environment over 100 plus years of baseball.