Four signal callers are in contention to be first round selections. Josh Rosen, Josh Allen, Sam Darnold, and Baker Mayfield. 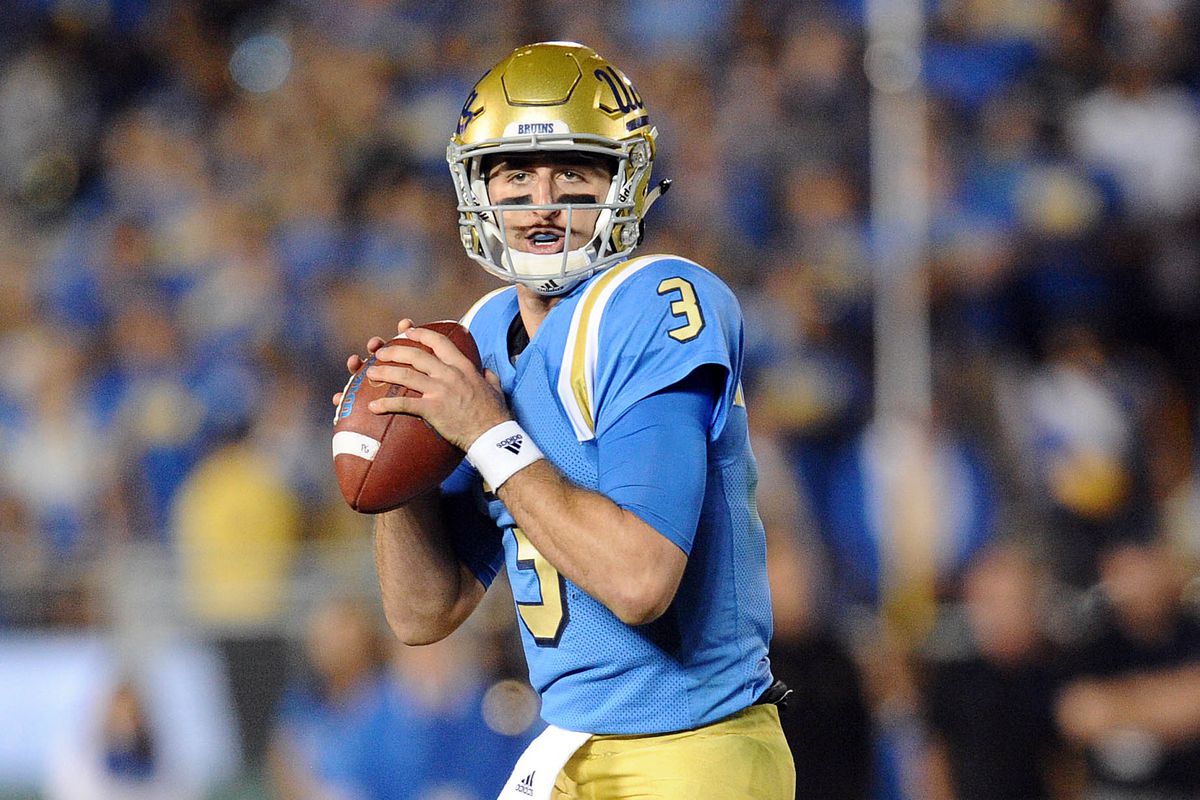 Josh Rosen has been the star of the show since high school-the former five star recruit won the starting quarterback job as a true freshman at UCLA, and has consistently produced whenever healthy.

Rosen’s signature moment was a thrilling comeback victory over Texas A&M early this season. Trailing 44-10 late in the third quarter, Rosen and the Bruins offense posted an unanswered 28 on the scoreboard in the fourth to lead UCLA to an improbable win. Time after time he sat in the pocket and zipped big time throws with pinpoint accuracy into narrow windows in critical moments. The magnitude of the moment didn’t faze him. With seconds remaining, Jordan Lasley dropped an easy catch on third down that would have resulted in a first down. Rosen didn’t blink an eye and converted on 4th and 6 with a precise wheel route to his running back. Then, conjuring shades of the legendary Dan Marino, Rosen faked a spike and lofted a perfect ball to Lasley in the back corner of the endzone, which Lasley snatched over a TAMU defender to redeem himself and win the game.

“The Rosen One” has got gumption, and the arm to match. He’s been the guy at every level since high school, and is sure to be in for a rude awakening of some sort in the NFL-all rookies are.

Rosen is terrific as a pure thrower-the accuracy, arm strength, poise, and spin of his throws are on par with elite NFL quarterbacks. He has the height coaches require, standing at 6’3, and most importantly, has shown the ability to progress through his reads and make smart decisions with the football. The combination of arm and brain talent makes him a favorite to be the first overall pick in the draft in April.

UCLA’s signal caller is not without his flaws, however. While tall, Rosen is slight of build relative to other top QB prospects, and his long term durability is in question. After an electrifying freshman year, Rosen was injured during a subpar sophomore campaign. Then, this season, despite being healthy and putting up numbers, Rosen led a Bruins team with college football playoff aspirations to a sub .500 record. Some pundits doubt his ability to carry his team, and worry that although he may possess the talent to be a franchise quarterback, his demeanor will hold him back.

Rosen’s ideal comparison would be a fellow Californian who plays across town-LA Rams QB Jared Goff. Goff and Rosen have similar builds are faced questions about their ability to lead, given that their college teams often under-performed. Goff struggled mightily in his rookie campaign, hamstrung by Jeff Fisher’s decrepit offense and bizzare play calling. This season, with Sean McVay’s innovative offensive system installed, Goff has thrived and even garnered MVP consideration.

The ball sure looks pretty coming out of Josh Rosen’s hand, and his motion and mechanics nearly mirror those of Goff, whose tall, slender frame and smooth motion makes for an easy comparison.

The concerning comparison, given what some perceive to be an arrogant (which I would argue you almost need to be a successful NFL QB) and lackadaisical attitude from Rosen, would be Jay Cutler, a guy who has all the arm talent in the world but struggles to be anything more than a mediocre QB.

Rosen’s proven in crunch time, and you can’t teach arm talent like that. It would be tough for anyone to thrive in Cleveland right now, but he might be the answer to the question of Eli Manning’s successor in New York. Bank on Rosen being gone in the first five picks of the draft.

The final evaluation of a QB, despite hand size, Wonderlic tests, and whatever other metrics they have to evaluate these days, is the age old question: “Can he sling it?”

Josh Rosen can most definitely sling it.

Up Next: Wyoming QB Josh Allen.